What If the Revolution Wasn’t Televised? Reflections on the Civil Rights Movement and Mass Media 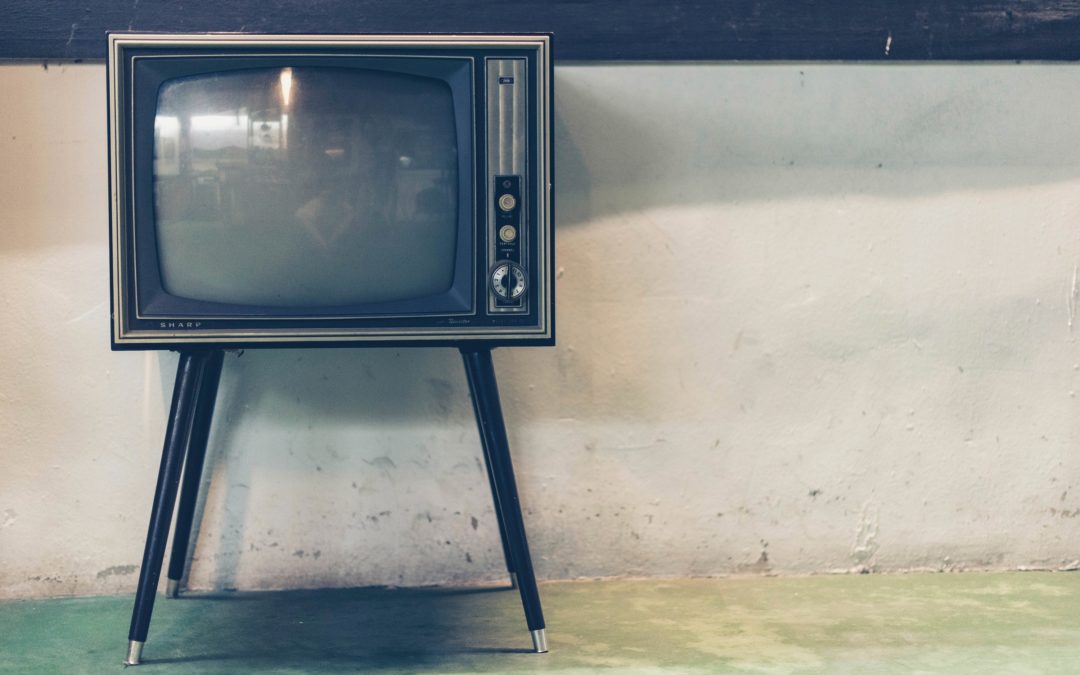 “Without television news coverage, the civil rights movement would have been like a bird without wings, or a choir without a song.”
– John Lewis

When I think about the significance of mass media, I can’t help but wonder what would have become of the Civil Rights Movement without the technological advancements in photography and television. What if the nation did not gather around screens to see civil rights activists being gassed, beaten, or arrested during a peaceful protest on March 7th, 1965 (the day also known as “Bloody Sunday”)? What if the populous did not see Joseph Louw’s pictures of the assassination of Martin Luther King, Jr. in 1968? 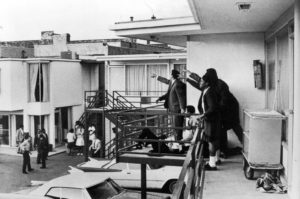 Civil rights leader Andrew Young (L) and others standing on the balcony of Lorraine motel pointing in direction of assailant after the assassination of civil rights leader Dr. Martin Luther King, Jr., who is lying at their feet.

As an eighties born millennial, it’s hard to imagine what the world of media was like in the sixties. My generation grew up with computers and the internet. I take it for granted that I can receive and send information through a screen. Every day I am inundated with calls to action: buy this, try that, click this link, watch that video! A time when television programs were in black and white is so far removed from my lived experience.

But during that era, there was a call to action which appealed to the conscience of the nation, a message delivered via the mass media. Without the advancements in communication, would the civil rights movement have had a large enough audience?

In the decade before the movement, AT&T completed its national coaxial cable and microwave relay network in 1951. This allowed for the distribution of television programming across the continental United States. The following year, 108 stations were broadcasting to 17 million homes. Toward the end of the 1950s, nearly 90% of US households had televisions and 559 stations were broadcasting across the country. During that decade, 70 million television sets were sold in the US. That’s more than the number of children born in the 1950s (40.5 million)!

Led by CBS’s Edward R. Murrow, NBC’s David Brinkley and Chet Huntley, television news and documentary broadcast journalism grew to be an influential force. Huntley and Brinkley’s 1956 coverage of the major political conventions gave audiences an early glimpse of the power of television to cover news and history in the making. In 1960, people who watched the first televised Presidential debate between John F. Kennedy (JFK) v Richard Nixon had quite a different impression of who won than those who listened to the debate on the radio. Those who watched thought JFK won the debate, those who listened deemed Nixon to be the victor. The nation became an eyewitness to events as they happened. Mass media was a vital outlet to relay information and the message of the Civil Rights Movement had an enormous impact on the social conscience. (resource: Intro to Mass Communications by Stanley J. Baran)

Selma, Alabama: The Role of News Media in the Civil Rights Movement

While many may bemoan mass communications and blame it for the many ails of society, history reminds me, that the tools of communication are just that, tools. However, it is the people who wield these tools who have the responsibility to use them wisely and prudently; whether it’s the corporate executives at cable companies, the President’s twitter account or my own Facebook page. We should all ask ourselves, what message am I sending and why? For media is a vital tool in a cultural forum and this “forum is only as good, fair and honest as those who participate in it (Stanley J. Baran).”